SAPULPA, Oklahoma – The photo-friendly Heart of Route 66 Auto Museum located in Sapulpa will soon be offering visitors a chance to take a ride in a 100-year-old car along backroads from the museum to nearby Pretty Water Lake.

The rides, lasting about 30 minutes for up to four people at a time, will allow guests to travel back in time as they traverse the countryside in a 1922 Packard. Those interested in reserving a ride are asked to call the museum at 918-216-1171 to reserve their spot.  The rides will start on Saturday, June 4, 2022, and leave the museum at 30-minute intervals. They will be offered on Saturdays through November 2022.

“It’s kind of an homage to driving along these two-lane, tree-lined roads,” said Richard Holmes, founder of the Heart of Route 66 Auto Museum.

The rides will last approximately 30 minutes and cost $11 per person. Visitors have long enjoyed snapping photos in the car at the famed museum, and now they will get a chance to ride in the car as well.

Made in the United States, Packard cars were considered the finest cars in the country, Holmes said. They stopped being manufactured in 1958. Robert and Carol Parker of Tulsa loan their 1922 Packard to the Heart of Route 66 Auto Museum and are excited to have it restored and available for rides to Pretty Water Lake. A group of volunteers worked for about two months earlier this year to get the mechanics of the car up and running, Holmes said.

The Heart of Historic Route 66 Auto Museum opened to much fanfare in 2016. Museum officials secured a lease agreement for the decommissioned 45th National Guard Armory in Sapulpa on April 1, 2015. They began to completely renovate the space and turned it into a museum. By August 2016, the museum opened for visitors.

Known for the photo-friendly 66-foot replica gas pump in front of the building, approximately 20,000 people have visited the museum since it opened its doors. Visitors have come from every U.S. state and nearly 100 countries.

ABOUT THE HEART OF ROUTE 66 AUTO MUSEUM

Located just off historic Route 66 in Sapulpa, Oklahoma, the Heart of Route 66 Auto Museum showcases a variety of cars, motorcycles, and memorabilia. It is located at 13 Sahoma Lake Road in Sapulpa. For more information, visit heartofroute66.org. 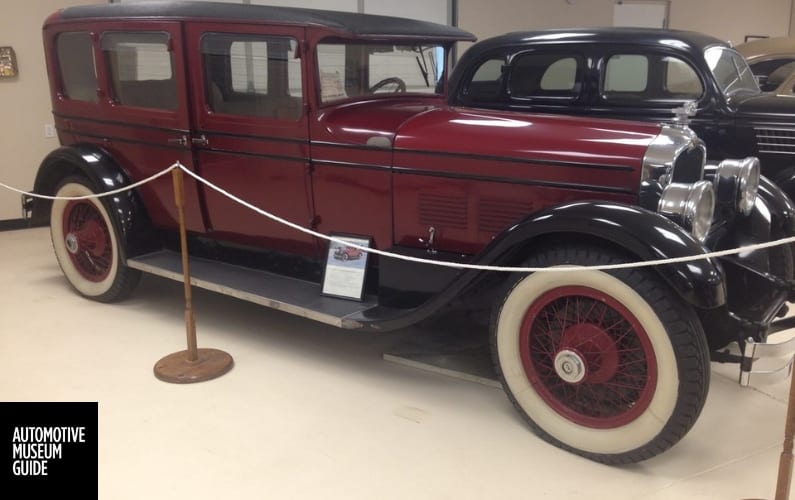 The Correll Museum consists of two buildings. The main building has a beautiful, painted mural on the outside of the structure. 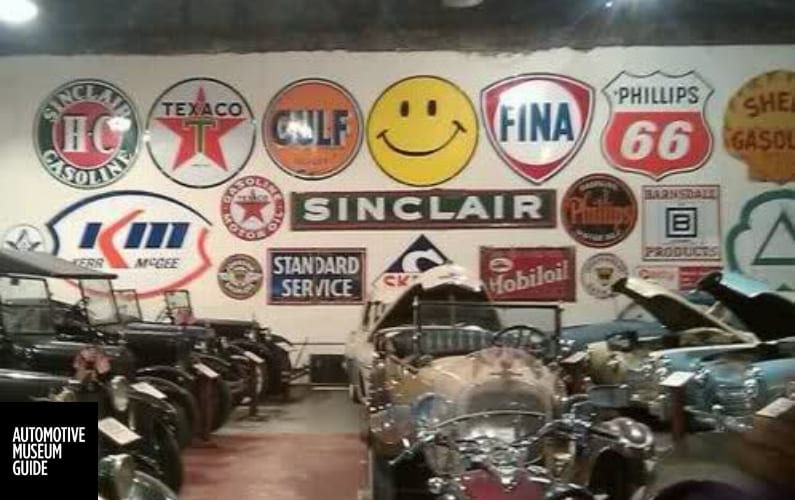 Admire a collection of pristine vintage cars at Mike Fuller's Auto & Gas Museum in Inola. Check out the classic designs of 19 well-preserved vehicles.