»  » A Visit To America’s Packard Museum

A Visit To America’s Packard Museum Back in 2019 when I first read that, I interpreted it as subtle one-upmanship to the National Museum, but the APM founder’s wife told me they aren’t rivals and get along quite well.  In fact, at least one of the cars on display during my visit was on loan from the National Packard Museum.  APM really is the largest, however, with around 50 vehicles, all but one a Packard product (and the lone exception, a DeLorean, has a Packard connection, as you’ll see below).

The founder and original curator of the museum was Robert E. Signom II, a Dayton attorney with (obviously) a passion for Packards.  His first collector car, a 1928 Six Convertible Sedan with his father’s initials on the door, is displayed in the second showroom.

Mr. Signom, who founded the museum in 1992, passed away in 2019 but his son, Robert E. Signom III, is the current curator and his charming wife was working the front desk when we visited.  According to a 2010 story in The New York Times on the museum’s website, Robert Signom Jr. started the museum as a tribute to his father, who lost the 1928 Packard in the Great Depression.  Not “a” 1928 Packard, “the” 1928 Packard on display. Mr. Signom II. happened to see a classified ad in The Times for a 1928 Packard while on a business trip to NY and asked his dad if there was a way to identify his former car. The elder Signom had made a small slit in an unobtrusive place in the rear upholstery to accommodate his golf clubs. Sure enough, the Packard for sale had the slit and the son bought the car “for more than I should have,” according to the article.

Unlike the NPM, which focuses a lot on the story of the Packard brothers and the development of their cars, APM mainly is a showcase for the vehicles, with few other artifacts, mostly advertising and signs, on display and all of the information contained in the individual vehicles’ signs.

However, it’s housed in the former Dayton Packard distributor’s facilities with the original (still working) porcelain/ neon sign, which Mr. Signom found in the basement.  Buying the building allowed the museum to obtain some original advertising material and signs, and the showroom retains a checkerboard floor and large windows that really set off the pride of the collection on display.  Not visible to visitors, but mentioned in The Times article, are working hydraulic lifts and ceiling-mounted hose reels for oil and grease. The museum also houses the Turnquist Packard Library, named for Packard historian and collector Robert Turnquist and his wife.  A number of model and toy cars are displayed in the museum’s collection, including a group of large, vintage pressed steel cars and trucks and another group of models in about 1:24 scale that appears to be made of resin or maybe porcelain.

A nice touch in the informative signs that accompany each car is the cost of the car when it was new compared to the average cost of a car for that year, the average annual income, the cost of a house, and the cost of a gallon of gasoline. A few notable events in the year each car was made also are listed. As you’ll see in the captions to the photos, some of the Packards on display are quite rare, and some were owned by famous (or infamous) people.

Among the cars on display when I visited were: 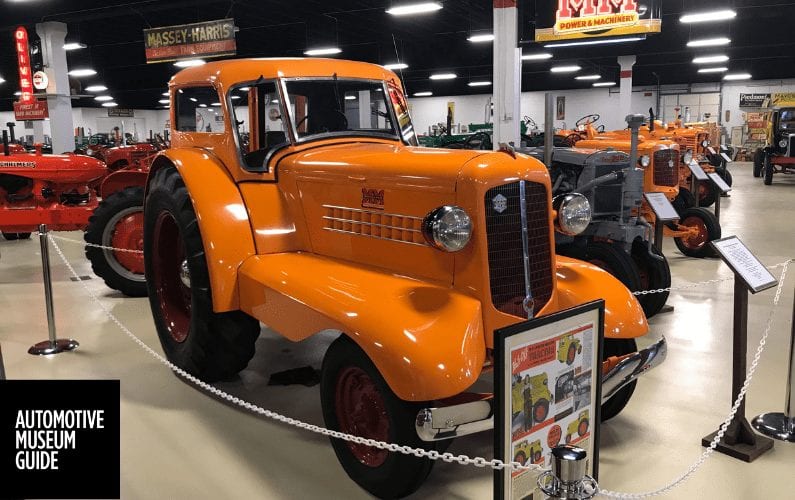 The Tampa Bay Automobile Museum is a must stop place if you're in the Tampa, FL area. If you're cruising out of Tampa take a few extra hours and stop by. The Panoz Museum in Hoschton, Georgia is a must stop for any automotive enthusiast, especially race fans. Not only is the Panoz hand made right on site but they also display various models in the museum, as well as some of the actual race cars and racing... I recently had the opportunity to visit the Mustang Museum of America in Odenville, Alabama and I've got to say I was really impressed especially once I was told how recently the museum started.